Hey Nonny is only 15 months old, but the Arlington Heights music venue’s co-owner Chip Brooks learned last winter that it’s a lot harder to bring in audiences in January and February than it is in November and December. This year, the spot is hoping to get people to brave the cold by hosting a Winter Blues Summit from Friday, Jan. 31, to Sunday, Feb. 2.

“We said ‘Let’s do something for our audience that would give people a good reason to get out and hear some good music,'” Brooks said. “We thought this is really a tremendous opportunity to put on a multistage festival that’s all indoors during the winter months. People can just come in, take off your coat, and you’re there for the day.”

Hey Nonny is in the same building complex as the Metropolis Grand Ballroom and Big Shot Piano Lounge, and the three venues have teamed up to host performances on four stages. The lineup features acts such as the Corey Dennison Band, which has performed at Hey Nonny before, and musicians chosen by Dave Katzman, a blues veteran and owner of Straight Arrow Productions.

“Because it’s our first festival that we’ve ever done, we wanted to do something that was achievable from the standpoint of getting the artists that would make it a great festival,” Brooks said. “Chicago is really the home of modern electric blues. There’s no better collection of great blues stars in the whole world than there is here in Chicago.”

While the Chicago Blues Festival has been celebrating the genre every summer for nearly 40 years, Brooks said hosting a festival in the Northwest suburbs will appeal to people who don’t visit the city much.

“A lot of people like the blues, but they don’t really want to go downtown,” he said. “I feel like we’re bringing a great art form to an audience that doesn’t always get a chance to hear it.”

In addition to a full lineup of performances by acts including The Kinsey Report, Toronzo Cannon and Lil’ Ed & the Blues Imperials, the festival will also feature a screening of the documentary “Sidemen: Long Road to Glory” and a panel discussion with Chicago musicians including Bob Stroger and Rico McFarland who have toured and recorded with major blues stars. Hey Nonny regularly hosts bluegrass and jazz brunches, but during the Winter Blues Fest you can enjoy blues music and a meal from 10 a.m. to 2 p.m. Saturday and Sunday as part of the price of your pass, though drinks cost extra.

“We’re trying to figure out ways to have it be a festival that gives people a lot of different experiences,” Brooks said.

Brooks said response has been “wildly enthusiastic.” The organizers are also reaching out to blues societies in nearby cities to raise attendance.

“Chicago has been really so good to Hey Nonny since we opened,” he said. “It’s really a lovely thing. You think of Chicago as a huge town, but the musical community is really a relatively small group. People know each other and look out for each other.”

If the festival proves successful, Brooks hopes to make it an annual event and expand to more nearby venues.

“At Hey Nonny we’re all about trying out new things and seeing what works,” he said. “Given the enthusiasm for this, I kind of have a hunch we’ll do it again next year.”

Where: Hey Nonny, 10 S. Vail Ave., Arlington Heights, (224) 202-0750 or heynonny.com. Additional stages will be in the same building in the Metropolis Grand Ballroom and Big Shot Piano Lounge. 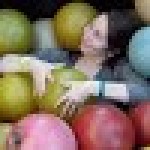 By Sound Check 2 days ago